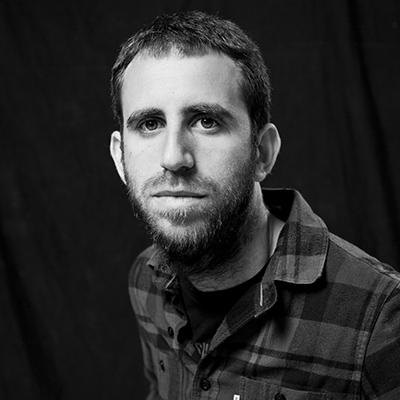 Argentine photographer and video journalist Alejandro Kirchuk was born in 1987 in Buenos Aires and works as a freelancer on a range of commissions and personal projects. His work is mainly focused on personal documentary long-term projects in Argentina and South America.

With his work about Alzheimer's disease, in 2012 he received a 1st prize in 'Daily life stories' category in the World Press Photo contest. In 2017, he was selected participant for the Joop Swart Masterclass by World Press Photo. Also in 2017, he received a Fulbright Grant to complete an education program on virtual reality and documentary filmmaking at the New York Film Academy. His work has been also recognized by different organizations such as POYi, NPPA, Magnum Expression Award, Ian Parry Scholarship, Terry O'Neill Award, PhotoEspaña, Lumix FotoFestival, among others. He’s been a fellow of the National Funds for Arts in Argentina (FNA).

Kirchuk is a contributing photographer to publications such as The New York Times, The Wall Street Journal and The Guardian. 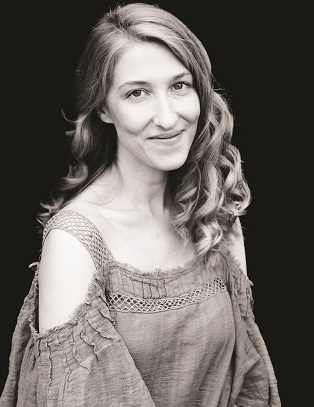 Brooke explores contrasting darkness and light in characters, and this is one of the main insights in her work. Brock filmed herself to play the role of dreamy characters inspired by childhood fantasies and deep fear.

After studying films for years in college, she realized her love of storytelling was universal. She started photography then in 2008, excited to create in solitude and take on character roles herself. Brooke works from a place of theme, often gravitating toward death and rebirth or beauty and decay.

Brooke’s passion is storytelling, her visual life immersed in this space, aspiring to live the lives of a thousand people by creating and photographing her own work and writing international adventures and motivational speeches.

One of her most important achievements is the establishment of The Light Space, a photography school for survivors of human trafficking in India and Thailand. 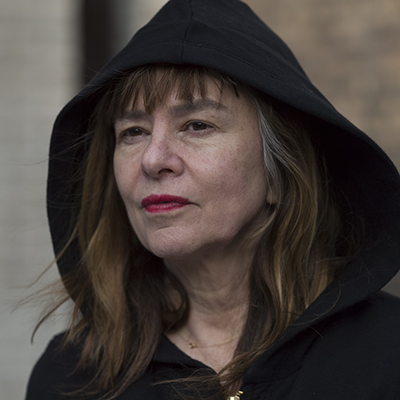 Donna Ferrato is an internationally-known documentary photographer. Her gifts for exploration, illumination, and documentation coupled with a commitment to revealing the darker sides of humanity, have made her a giant in the medium.

Ferrato first received critical acclaim for her work that captured the horrors of family violence. Her photographs of domestic violence and its aftermath have become landmark essays in the field of documentary photography, challenging social attitudes and putting a spotlight on the devastating impact of everyday violence. Her iconic book, Living with the Enemy, published by Aperture in 1991, is considered the first clear visual journey into the dark heart of domestic abuse.

Ferrato has received numerous awards, including the W. Eugene Smith Grant (1986), the Robert F. Kennedy Award for Humanistic Photography (1987), the Kodak Crystal Eagle for Courage in Journalism (1997), International Women in Media Courage in Journalism Award (1996), the Missouri Honor Medal for Distinguished Service in Journalism from the School of Journalism at University of Missouri-Columbia (2003) and Artist of the Year at the Tribeca Film Festival (2008).

In the spring of 2019, Powerhouse Books will publish Donna’s handmaid diary: HOLY.

Over the past few years, he has served as juror, lecturer, and reviewer at various international photo festivals and photography universities. 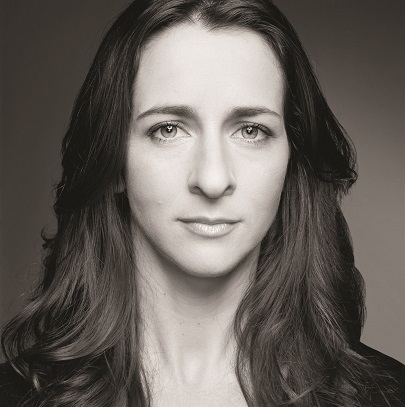 Kira Pollack is an award-winning photo director, film director and executive producer with more than 20 years of experience in visual journalism. As the Director of Photography and Visual enterprise at TIME, Kira has conceived and executed the most innovative projects in Time Inc.'s recent history, including the Emmy award-winning Beyond 9/11 multimedia project, the Emmy-winning A Year in Space video series, FIRSTS, and TIME's 100 Most Influential Photos project.

Since joining TIME in 2010, she has overseen all photography for the brand — from the cover of the weekly magazine to the TIME Instagram feed. She conceived and launched the website Lightbox, a canvas for photography and visual innovation at Time.com, and the documentary film unit Red Border Films.

She has been selected as an arbitrator in several competitions including World Press Photo, Overseas Press Club, IDFA Doclab, Tribeca Film Festival, Instagram / Getty and others. 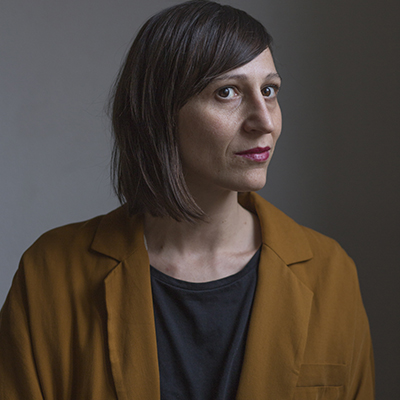 Myriam Meloni is a French-Italian photographer and video maker, currently based in Spain. Originally trained as a lawyer at the University of Bologna, and specialized in criminology at the Autonomous University of Barcelona, she gave a new direction to her career to dedicate herself to documentary photography.

Her photographic series “Different shades of Blue” on Sub-Saharian migrants has been turned into a documentary film produced by the Italian TV channel SKY Arte.

She was nominated for the Prix Pictet, winner two consecutive years of the Sony award, and granted with a Firecracker prize for women photographers. Her work has been exhibited internationally and she is currently completing a one-year book assignment for the City

Council of Barcelona, and working on her new project focused on the city of Tangier, in Morocco. 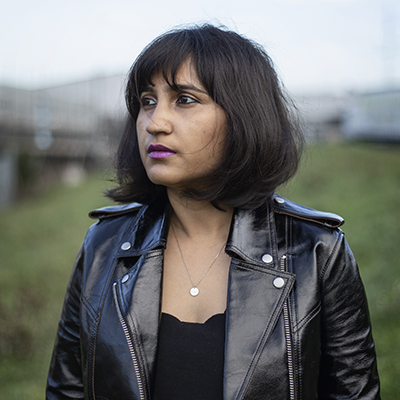 Poulumi Basu is known for her work in documenting the role of women in societies, advocating for the empowerment of women's rights and raising awareness of the forms of hidden and declared violence against women and placing them on the international agenda.

Founder and director of Just Another Photo and jury member of the Museum of Human Photography, next generation category.

Poulumi was featured alongside Hillary Clinton as the best woman in the world by Refinery29, and she was part of the Mentor VII program.

She has published many important publications such as The California Sunday Magazine, The Financial Times Weekend Magazine, The Guardian, Le Monde, The Washington Post Magazine and others.

She has participated in numerous exhibitions, conferences and international events and has given important lectures in addition to winning numerous international awards. 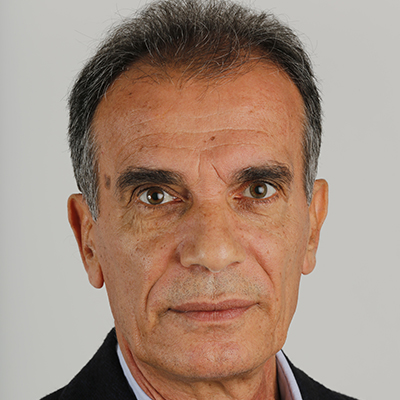 He has worked for Reuters agencies, the French press, United Press International, Gamma Pictures and others. Covered the Lebanese war, Israeli attacks, the Gulf War, the events of Darfur, the Olympic Games and other wars, conflicts and international events.

He is the current President of the Union of Arab Photographers - Lebanon Branch, winner of several international awards, including the War Correspondents Award, the Best Picture of the Year Award from Newsweek and the Canon Best Picture Award of the Year from the University of Missouri in the United States and others. 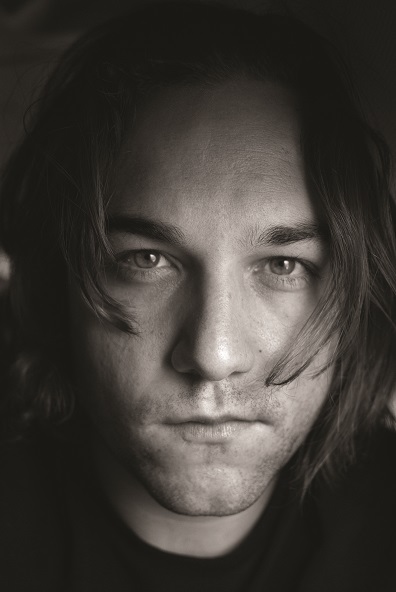 Sebastián Liste is a social documentary photographer who documents deep cultural changes and contemporary issues in Latin America and the Mediterranean, specializes in long-term projects where he creates frameworks to make communities reflect on the social consequences of decision-makers.

In 2010, while earning a master's degree in Documentary photography and Photo Journalism from the Autonomous University of Barcelona, he won the Ian Parry grant for his long-term project "Urban Quilombo" for the harsh living conditions of dozens of families who set up abandoned chocolate factories in the Brazilian city of Salvador. In the same year he won the Young Photographer of the Year award at the Lucy Awards in New York.

Sebastián received a Magnum Emegency Found Grant and the Getty Editorial Grant to develop his new project in the Brazilian Amazon. In 2018, he got the Nikon Special Project Grant and a grant from the European Union on environment deviation and climate change.

His works were published in the New York Times, National Geographic, Time magazine and New Yorker and others. He is a lecturer in photography at universities, photography schools and festivals and is a photography consultant. He is currently a European Nikon Ambassador and a member of NOOR Images.