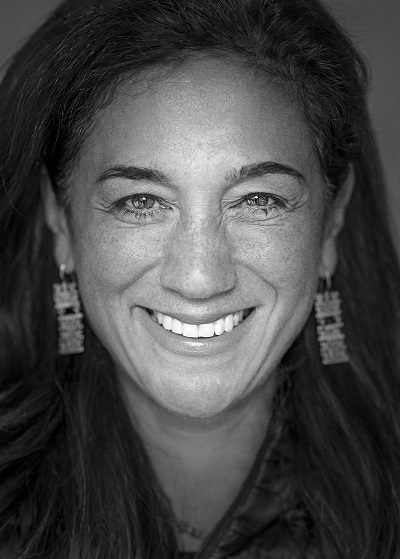 One day in her senior year of high school, Cristina Mittermeier sat on the floor with her classmates listening to a man talk about career opportunities in marine sciences while she looked up, transfixed, at the otherworldly images he showed on a screen. She knew right then that she wanted a career focused on the ocean. But her hometown of Cuernavaca, in central Mexico, was nowhere near the water, and there were no female scientists around who could offer her guidance. Her father wanted her to be an accountant, like him. Her grandmother wanted her to find a husband. Her mother, a psychologist, told her she should follow her dream.

Mittermeier is now one of the most influential female photographers in the world. She began her career as a Marine Biologist working in her native Mexico. She soon discovered that she could better advocate for the oceans and the planet through the lens of her camera than she could with data on spreadsheets.

Today, a virtuous mind and voice in conservation photography, Mittermeier is the co-founder of the conservation society ‘SeaLegacy’, a National Geographic contributing photographer, a Sony Artisan of Imagery and the editor of 26 coffee table books on conservation issues. She is the first female photographer to reach 1 million followers on Instagram and was a 2018 National Geographic Adventurer of the Year. Mittermeier is acknowledged as one of the most Influential Women in Ocean Conservation in 2018 by Ocean Geographic, and The Men’s Journal recently named her as one of the 18 Most Adventurous Women in the World.

Mittermeier has worked in more than 120 countries on every continent in the world. Her work is about building a greater awareness of the responsibility of what it means to be a human. Her work relays an understanding that we are inextricably linked to all other species on this planet and that we have a duty to act as the keepers of our fellow life forms. 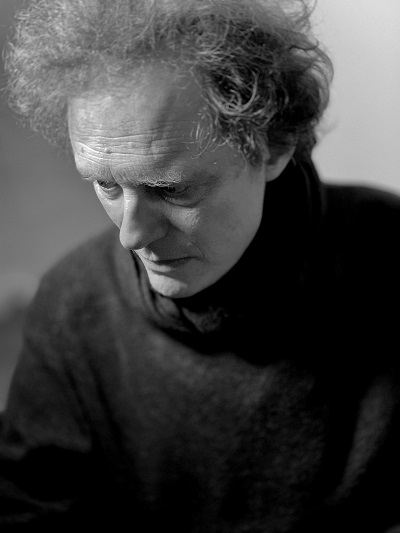 François Hébel has been the director of the Fondation Henri Cartier-Bresson since November 2017. Born in 1958 and, after studying communication, he turned to photography. Between 1983 and 1985, he managed the FNAC galleries. In 1985, Jean-Luc Monterosso with whom he collaborated on the Mois de la Photo recommended him for the ‘Les Rencontres De La Photographie’ Festival in Arles, France. Hébel became the director of this festival between 1986 and 1987 during which he shone the light on many photographers, including works by a new generation of photographers in the 80s such as Martin Parr, Nan Goldin, Annie Leibovitz, Sebastiao Salgado and Eugene Richards.

In 1987, François Hébel became director of the famous cooperative Magnum Photos which he diversified, notably by creating a cultural department with Agnès Sire and Diane Dufour, accompanying the rapid growth of in-depth and news reportage and guiding the agency towards the digital age. In 2000, he became editorial vice-chairman of the Europe division of the Corbis agency. In 2001, he returned as director of the Festival des Rencontres d’Arles, which he developed until he left 13 years later. He has also been director and co-founder of Photo Spring Beijing (2010-2012), the Foto/Industria biennale in Bologna (Italy) since 2013, artistic director of the “French Protocol” programme at the FIAF Gallery (French Institute/Alliance française gallery) in New York since 2015, founder and artistic director of the Mois de la Photo du Grand Paris 2017 and author of many photography books, shows and catalogues. 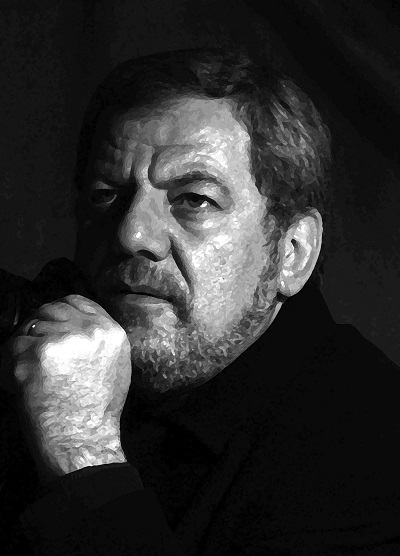 Haitham Fathallah Aziza, born in Mosul, Iraq in 1955, was raised in an environment full of paper and ink scents. Both his father and grandfather had been working in the field of printing, since 1918. Later on the family moved to Baghdad and Aziza completed his high school and university studies and graduated from the College of Science - Physics Department. He was working at the printing press with his father when latest modern devices in printing were introduced in Iraq in the early 70s.

As a result, Aziza developed an interest and commenced his photographic journey as a Sports Photographer until 1989; during which he had accompanied the Iraqi Football Team to all their matches and was aiming to publish a book about football in Iraq.

In 1992, Aziza published a book on the journey of photojournalism. He hosted lecture on photojournalism and the responsibilities of being a photojournalist. Through his continuous follow-up to the cultural scene in Iraq and his experience with printing and publishing, Aziza believed, and still do, that books documented with photographs are more desirable to readers.

Aziza showcased his photography in various exhibitions in Baghdad and Amman. His last exhibition titled ‘No to War’ was described as a deafening roar in silent hall - featuring photographs of war with highly descriptive captions in Arabic, English and French. Aziza is part of a cultural project adopted by Dar Al-Adeeb Al-Baghdadiya - a project documenting and archiving works and creations of many artists as the cultural resource for future generations.

He dreams of one day publishing an archival book on Iraqi Art. 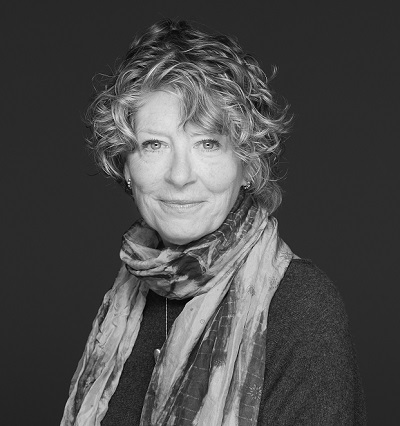 Kathy Moran is National Geographic Deputy Director of Photography and was the magazine’s first senior editor for natural history projects. Moran has been producing projects about terrestrial and underwater ecosystems for the magazine since 1990 and has edited over 350 stories for the magazine. Recent highlights include editing the May 2016 issue on Yellowstone as well as Brent Stirton’s award-winning coverages of Virunga and Rhino Trade. Moran was the project manager for the National Geographic Society/Wildlife Conservation Society’s collaboration of photographer Nick Nichols and Dr. Michael Fay’s trek across Central Africa. The resulting stories were the impetus for the creation of Gabon’s national park system.

Moran has edited several books for the Society, including Women Photographers at the National Geographic, The Africa Diaries – An Illustrated Life in the Bush, Cat Shots and most recently, Tigers Forever. She was the photo editor for two anthems of wildlife photography, “100 Best Wildlife Pictures” and “Wildlife, The Best Photos.” She recently curated an exhibition for the Society’s museum “50 Best Wildlife Photographs.” She was named “Picture Editor of the Year” for her winning portfolios in the 2017 and 2006 POYi competition and the 2011 Best of Photo competition.

Moran is a founding member, and has served on the Executive Committee, of the International League of Conservation Photographers (ILCP). In that role, she has edited numerous books for ILCP photographers published with the University of Chicago Press. She served on the Executive Committee of Wildscreen USA. She has been on the jury for numerous photo competitions including Por el Planeta, Big Picture Natural World Competition, POYi, Wildlife Photographer of the Year and European Wildlife Photographer of the Year. 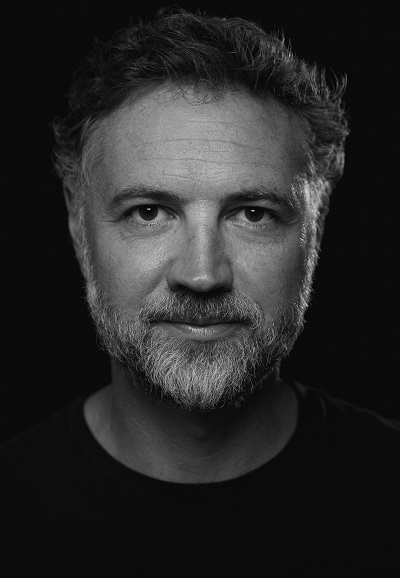 Moore is a Senior Fellow of the International League of Conservation Photographers and, since earning his PhD in Biodiversity Conservation, has been a powerful voice in the fight to protect animals and nature using photography as a tool to connect broad audiences with these issues.

Moore's first book ‘In Search of Lost Frogs’ was named one of the best nature books of 2014 by the Guardian, the Dodo and Mother Nature Network. His photographs have received recognition from prestigious awards including Wildlife Photographer of the Year, American Photo, Photo District News, Outdoor Photographer and Nature's Best, to name a few.

Moore grew up in Scotland chasing frogs and newts before entering the steamy jungles of West Africa to study chameleons, a life-altering experience that ignited a burning desire to try to protect such incredible places bubbling with life. 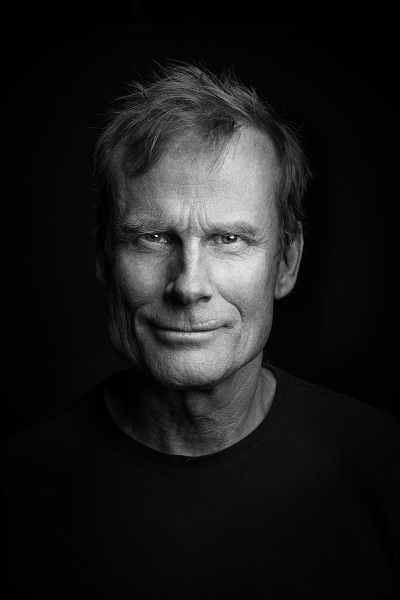 Conrad Anker has been pushing the limits of mountaineering for the last 30 years, evolving into one of America’s best alpinists. The Bozeman, Montana-based father of three is one of the most prolific explorers and mountaineers alive today.

Anker’s resume continues to grow, having notched the long-awaited first ascent of the Meru Shark’s Fin in India with partners Jimmy Chin and Renan Ozturk in 2011, which led to the Sundance-winning documentary, Meru. Anker has climbed Everest three times, including a 2012 trip with National Geographic to commemorate the 50th anniversary of the first American ascent of the mountain. On his most famous Everest climb in 1999, he discovered the remains of George Mallory, one of the two British climbers who died attempting Everest in 1924, helping to shed more light on one of mountaineering’s most famous mysteries. Conrad’s years of experience in the adventure enabled him to bring an authentic and unique perspective to his storytelling through photography.

Conrad came to climbing by way of his family, learning a deep appreciation for the outdoors from his California childhood, an appreciation and respect that has deepened as climbing took him around the world.